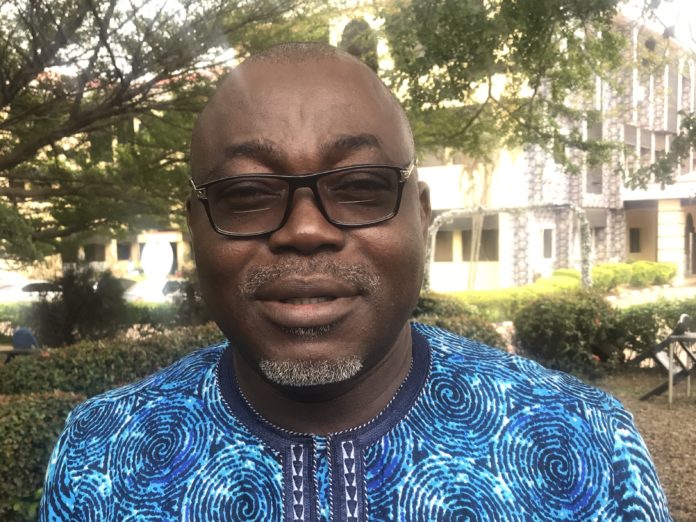 The National Coordinator of Igede Progressives Forum (NAIPF), Elder Sunday Oibe, has asked Governor Samuel Ortom of Benue state to sack political leaders in Oju and Konshisha Local Government Areas of state, if the bloody communal clashes in the areas persists.
Speaking with journalists on Saturday in Kaduna, Oibe condemned the bloody clashes between Bonita community in Konahisha LGA and Ukpute community in Oju LGA, saying the clashes has to the destruction of many lives and property.
The two communities have been fighting over boundary demarcation.
The conflict is said to have persisted despite efforts by the Benue State government to amicable resolved the problem.
Bonita is inhabited by the Tiv ethnic nationality while Akpute is inhabited by the Igede.
Oibe, while lamenting the situation, said political leaders leaders from the areas must play their roles by talking to their people, particularly the youths, to embrace peace.
The Igede leader, maintained that as long as political leaders from the areas remained aloof, there would be no end to the clashes.
He called on Governor Samuel Ortom to sack all political appointees from the two LGAs if they failed to prevail on their people to embrace peace.
Accordingto him, the crisis has crippled economic and social activities in both communities.
Oibe said, “I believe that if all the political leaders in Oju and Konshisha LGAs stand their ground and tell the youths to stop the fight, they will listen to them and stop the crisis.
“But a situation whereby they decided to remain aloof to the crisis, one is left with little or no option than to call for their sack in their respective constituencies because they have failed to bring peace to their communities.”
He also called on the state government to ensure that perpetrators of the violence are brought to book.
“I called on the government to ensure that the perpetrators of this crisis are brought to book.
“If after the land demarcation there is still crisis, government must use its power to send defaulters to jail because they are giving the State bad name. “The governor should close his ears to name calling and do his best to return peace to Oju and Konshisha local government areas”, he said.
He appealed to the youths in both communities to listen to the elders, embrace peace and stop the fight.
Oibe said “instead of fighting each other, the youths of Bonta and Ukpute should come together and lead a protest to the governor, demanding for good roads in their communities”.
“They should not eat their tomorrow today by killing themselves because war and destruction do not bring development to anybody. They should eschew bitterness.
“I want to beg the elders of both communities to intervene in the matter because it is an aberration for the elders to be alive and seeing the youths killing themselves.
“The elders should be able to say no to the mayhem and destruction of property and lives.
“When people are thinking of going to the space, we are fighting over mundane things; fighting over land”, he said.