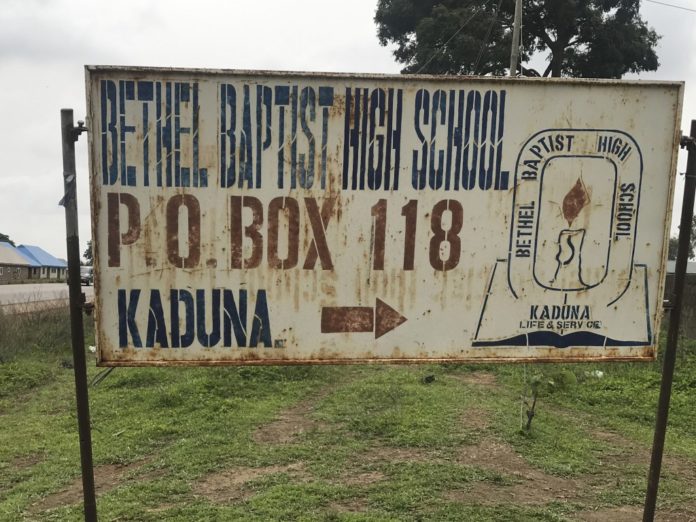 Another batch of 10 of the remaining 31 abducted students of the Bethel Baptist High School, Damishi, Kaduna have been released by bandits after spending 75 days in captivity.
The Chairman of the Kaduna state chapter of the Christian Association of Nigeria (CAN), Rev. Joseph Hayab confirmed their release in a telephone chat on Saturday evening in Kaduna.
According to him the students were released Saturday evening and were reunited with their parents.
Hayab said, with the release of the 10 students, 21 are still being held by the bandits.
He said, “The bandits have released 10 more of our students to us this evening, remaining 21 .
They were released this evening and parents were taking their children home.”
Hayab lamented that, “What the bandits are doing, is to torture us.
“We are celebrating the return of 10 students, but we are having the challenge of those parents who have been waiting and every time their child are not among those released.
“It is very painful, but we thank God that 10 students are back”, he said.
On July 5, bandits invaded the school located about six kilometers away from Kaduna metropolis and abducted 121 students.
The students were being released by the bandits in batches.
So far, three batches of students, total 100 have been released including those who escaped from captivity.
THISDAY learnt that a total of over N200 million had been paid by parents to the bandits as ransom as fresh ransom is paid for each batch of students released.
Sources said N20 million was paid before the release of the 10 students.