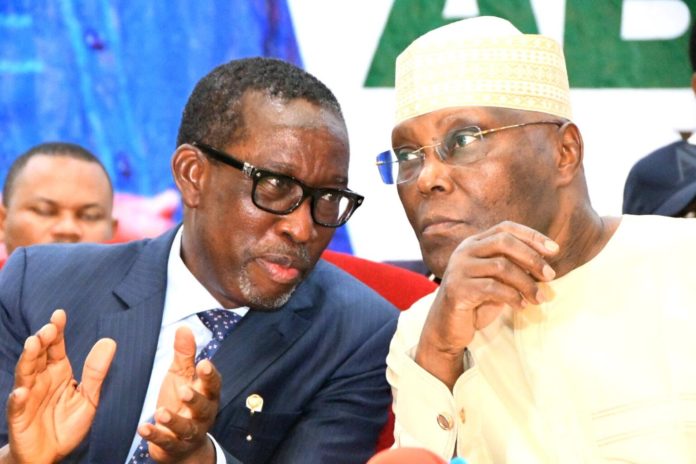 Former Vice President and Presidential candidate of the Peoples Democratic Party (PDP), Atiku Abubakar has announced Ifeanyi Okowa, governor of Delta, as his running mate in the 2023 general election.
Atiku made the announcement on Thursday at the National Secretariat of the PDP in Abuja.
He said the decision was taken following wide consultations with party stakeholders.