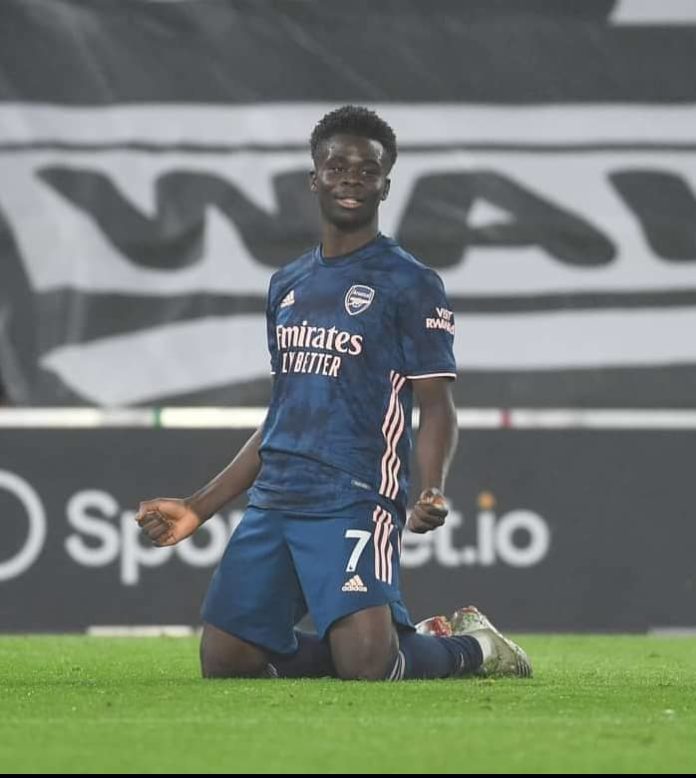 Nigerian-born English player, Bukayo Saka scored a sensational goal in an away victory over Slavia Prague in the Europa League quarter-final.
Players who also recorded their names on the scorelines were, Nicolas Pepe who opened the deadlock, Alexandre Lacazate who converted from a penalty spot, and Bukayo Saka who scored after dribbling a couple of defenders.
Slavia Prague had in the first leg held Arsenal 1-1 draw at Emirates Stadium before finally bowing out at their home playground today.
After securing a spot in the semi-final of the campaign, Arsenal will be facing Villareal as the Spanish team beat Dinamo Zagreb 2-1 to also book a spot in the Semifinals.
Also, Granada got eliminated as Manchester United striker, Edison Cavani’s 6 minutes goal and a 90 minutes own goal by Jesus Vallejo were enough to seal a spot in the semifinals for the Red Devils.
Although Roman was held 1-1 draw against Ajax, the Italian side won the tie on goals aggregate and will be facing Manchester United in the semifinals.