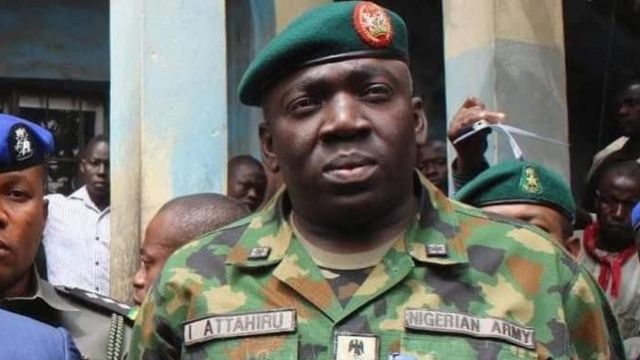 The Nigerian Army has allegedly killed over 70 residents of Mbator in Shangev-Tiev, Konshisha Local Government Area of Benue State.
DAILY POST reports that the soldiers allegedly invaded the community following the killing of about 10 personnel who were on stabilisation operation in the state over the communal clash between Konshisha and Oju Local Government Area.
DAILY POST reported that the military, through its Director, Public Relations, Brig. Gen Mohammed Yerima, had in a statement on Thursday, confirmed the killing of the officers, stating that they were initially declared missing.
Following the attack on the troops, the army allegedly invaded the community on Thursday, gunned down scores and set houses and other facilities ablaze.
A group known as Shangev-Tiev Assembly (STA), while addressing newsmen in Makurdi, the state capital on Friday, said about 15 other neighbouring communities have also been razed.
According to their spokesman, Elder Tyoh Jude, “The army has so far razed and demolished farms, schools, hospitals and residences of Bonta, Tse-Jembe, Tse-Anyom, Gbinde, Mbaakpur, Aku, Agidi, Gungul, Adoka, Guleya, Awajir, Shiliki, Achoho and Ullam in Gwer Local Government Area, and are still planning to do same to other neighbouring towns within Konshisha LGA.
“Our unarmed people are being killed intentionally in large numbers by armed personnel of the Nigerian Army. Presently, over 70 persons are reported dead and more than 100 people are missing, mostly women, children and the elderly and hundreds of thousands displaced with its attendant humanitarian consequences.”