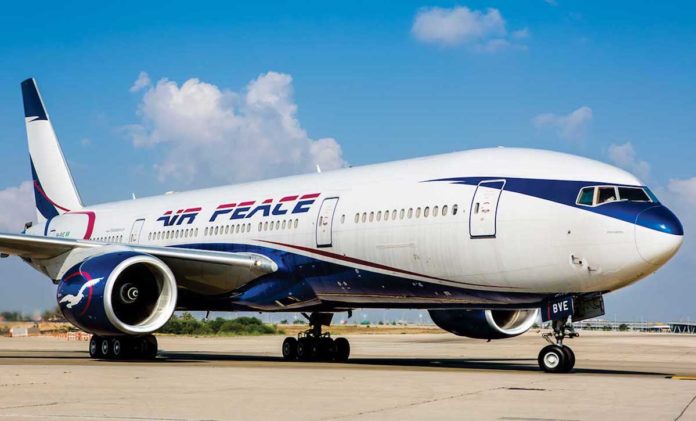 The Arewa Youth Consultative Forum(AYCF) has called for the amicable resolution of the misunderstanding the management of Air Peace and the protocol officer of the emir of Kano, Alhaji Isa Bayero.
The airline had been at loggerheads with the protocol  officer following alleged failure of Air Peace to delay the flight from Lagos for the rest emir who was coming from Banjul, The Gambia.
Bayero had given the airline 72 hours to apologise to the emir and the Kano people for allegedly disrespecting a respected traditional institution.
In a statement on Sunday, the National President of the AYCF, Yerima Shettima, called on prominent Nigerians to intervene in the matter in the interest of peace.
Shettima said ” it is worrisome that a viable solution to the ongoing misunderstanding seems far away because elders in the country are yet to either pay attention to the matter or make move in the interest of peace”.
The statement said it was surprising that the Air Peace Chairman, Allen Onyema, is being associated with disrespecting the emir of Kano.
Shettima said, “the Onyema I know has never ever been linked to disrespect for monarchs in the North, much less the emir of Kano”.
According to him, Onyema had made business sacrifices in the past by evacuating Nigerians stranded in some troubled spots around the world, “especially during South Africa’s xenophobic attacks and we hope this matter will not obliterate such sacrifices”.
Shettima recalled, that two years ago, when I humbly asked the Peace Air Chairman to delay a flight for us in the entourage of Chairman Northern Elders Forum (NEF) Prof. Ango Abdullahi…
“I can recall vividly, that we were travelling by road from Ibadan to Lagos in order to catch the Air Peace to Abuja and he did that favour by delaying the flight for over an hour – notwithstanding I’m not a revered monarch like His Royal Highness the current Emir of Kano.
“And the Air Peace Chairman later told me why he did that favour, he said he delayed the flight because we were doing peace shuttles around Nigeria to douse certain tensions we were about missing another important peace shuttle in Abuja if that flight was not delayed.
“Onyema told us that time that he will do anything for peace to reign in Nigeria.
“So, we just hope this matter does not get out of hand or create the wrong impression that the Peace Air chairman was being needlessly intimidated by the Emirate’s Director of Protocol.
“As a group, the AYCF holds the Emir of Kano in very high esteem and it is well-known that if anyone had ever tried to belittle any Emir in the North, we would be the first to fire back,” Shettima said.