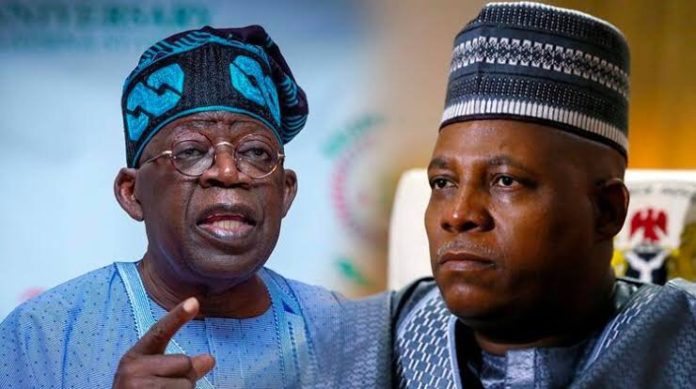 A statistic, tagged “Religion and Politics in Nigeria”, showing states being governed by Christians and Muslims is trending on the social media, following the raging controversy trailing the Muslim-Muslim Presidential ticket of the ruling All Progressives Congress (APC).
The document shows that of the 36 states of the federation, 19 are being governed by Christians while 17 are governed by Muslims.
The document further shows that 21 states have Christian deputy governors while 15 states have Muslims as deputy governors.
The APC Presidential candidate, Bola Tinubu, had nominated Kashim Shittima, a northern Muslim and former governor of Borno State, as his running mate in outright disregard to the country’s diversity and balance.
Several Christian groups, including some prominent Northern members of the APC, had kicked against Tinubu’s choice of a running mate, saying it is unconstitutional and a plot to islamised the country.
Nigeria is sharply divided along religion and ethnic lines.
Some Northern Christians who are members of the APC, led by Prof. Doknan Sheni had in a recent statement declared that,  they cannot in “good conscience” campaign for the party in their constituencies.
If the the document is anything to go by, who really is a minority in Nigeria’s political scene? 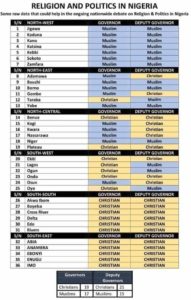