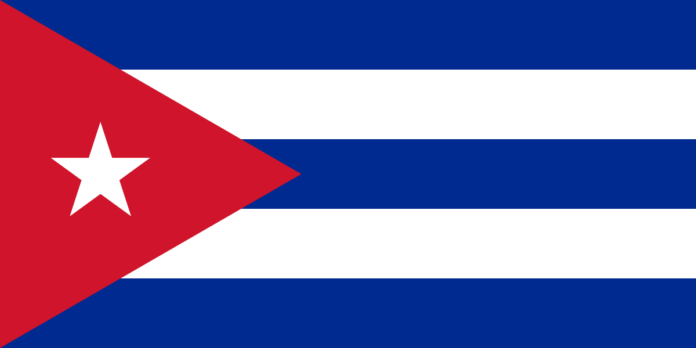 CUBA is choking. It is being suffocated by the natural corona virus whose vicious Delta variant is sweeping like a flu through the pearl, but whose artificial American variant is deadlier.

Six weeks ago, Cuba had no fear of the COVID-19 pandemic. With six decades of suffocating American blockade, it had learnt to live like an orphan in a world whose oxygen is globalisation. Its watch-word is self-sufficiency, innovativeness, prudence and a religious-like commitment to its citizenry. These have pushed her into endless medical research; its  vaccines on diseases such as hepatitis and meningitis are in wide use.

When the COVID-19 pandemic took on the world in 2020, Cuba not only combated it successfully on its territory, but also sent over 3,000 medical workers to fight the pandemic in 40 countries and territories. Also, Cuba, like some other countries, began a race to develop a COVID-19 vaccine.

Within months, it had five viable candidates. Its Finlay Institute of Vaccines, IFV, produced Soberena I, Soberena II and Soberena Plus.  Soberena II made it through the mandatory three clinical trials with a 62 per-cent efficiency. The other two, Mambisa and Abdalah were produced by Cuba’s Centre for Genetic Engineering. The final result of Abdalah on June 22, 2021 was a sensational 92.28 per-cent efficiency, making it one of the best universally.

It was at the roll out point that the COVID-19 Delta variant surfaced. This variant spreads very fast; where others infect an average two to three persons, it infects six. Also, its  incubation period is four days not the six for other variants and  makes victims sicker.

Cuba which thought it had virtually conquered COVID-19 had an average 10 daily cases between April and June, 2021. This spiked to 20 in early July and 68 in the later part. By July 30, 2021, it had 9,323 cases. It had began administering the vaccines, but the Abdalah comes in three doses which could be administered over a minimum 28 days; so Cuba needs time, but time is a toddler compared to the fully grown Delta variant.

Although it has produced eight million doses of the vaccine and been able to administer the full doses on 2.4 million within weeks, it is no march for the Delta variant. Cuba needs another eight weeks to administer a full dose on most of its citizens and a maximum five months to carry out 100 per cent vaccination; but meanwhile, how does it prevent many dying?

Cuba is heavily reliant on tourism and COVID-19 had hit the industry like a category eight earthquake. Its situation is further complicated by the American blockade which between April 2019 and March 2020, cost Cuba $5,570,300,000 losses.

With hospitals congested, no income from tourism, COVID-19 sickness, businesses closed, denied oil to power its power plants, denied access to drugs, and food shortages, it was no surprise that there were protests on the island on July 11 and 12, 2021. The protests were in line with fundamental human rights, but there were those with ulterior motives.

However, there were massive counter-demonstrations by those in support of the revolution. This is where the Western media came in with disinformation; while they gleefully announced the first protests, they were generally silent on the counter. More intriguing was their spread of false news. In one instance, they carried photographs of the mass pro-revolution protests as those of the anti-government protests.

What exposed them was the fact that the demonstrators were carrying the flags of the Castro July 26 Movement, supporters of the government. In another instance, they carried photographs of the 2011 anti-Mubarak protests in Alexandria, Egypt and captioned them as on-going anti-government protests in the Malecon area of coastal Havana. Both areas have some similarities.

But what gave this out was that the protesters were waving Egyptian flags! In another scam, the media published a photograph of immediate past President Raul Castro coming down from an aircraft. The caption was that he had fled Cuba and landed in Venezuela. But the photograph was actually Raul arriving for a Latin American summit when he was President. The next day, Raul went to a mass protest. He did not speak but apparently only wanted to put a lie to the fake story that he had fled.

After six decades of the deadly blockade and sanctions, the brash President Donald Trump loaded 243 additional sanctions on Cuba making it perhaps the heaviest against the tiny but resilient country. The hope was that the world, including Cuba, will change for the better once it got rid of the impulsive Trump in the White House.  However, since President Joe Biden arrived, he has loaded five additional sanctions!

In comparison to the mercurial Trump, Biden comes across as a genial uncle living across the road; but what fundamental difference does it make to the COVID-19 victim whether he is suffering from the Delta (Indian) Alpha (British) Beta (South African) or Gamma (Brazilian) variant of  COVID-19?

America’s cynical attitude to Cuba reminds me of an 1886 Leo Tolstoy quote: “I sit on a man’s back choking him and making him carry me, and yet assure myself and others that I am sorry for him and wish to lighten his load by all means possible….except by getting off his back.”

A number of countries like Mexico, Vietnam and Russia have defied the American blockade by sending  food, medicines, oxygen tanks and petroleum products to Cuba. Despite being choked by multiple enemies, Cuba is not about going down. When on Thursday, August 5, 2021, Clara Pullido, the Cuban Ambassador in Nigeria addressed the press, there was clear defiance in her calm voice.

My reading is that to reverse the Cuban revolution, the Americans can only hope for a direct invasion, a coup or civil war. Any of the options will be quite bloody not just because the Cuban masses will  prefer to die on their feet rather than living on their knees as Fidel Castro once said, but also for the fact that not a few youths across the world, will pour into  Cuba to defend a noble people.
The American establishment should not assume that we Africans have forgotten that while it supported Apartheid South Africa, Cuba sent 55,000 combat troops over 9,000 kilometres to defend us against Apartheid. We have not forgotten that thousands of Cuban youths lost their lives in defeating the Apartheid Armed Forces and securing freedom for Namibia, South Africa and our continent. If the Cuban people are threatened, we Africans have the moral duty to race to their aid. Or what do we tell God on Judgement Day? That we abandoned a people  who spilled their blood for us?

Your Excellency, how many votes do you want?