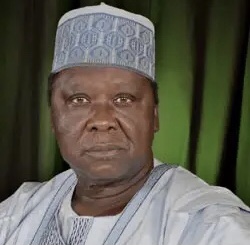 Ishaya Akau, a former chairman of the National Assembly Service Commission (NASC) has asked the National Assembly to revisit the issue of electronic voting.
Akau spoke on Tuesday in Kaduna at the
annual conference of the NASC and State Legislative Service Commissions (SLSC).
He said, although the system may not be  perfect, it is worth trying.
According to him, the experiment with electronic voting in Kaduna state, had proven that the system can work.
He urged the Kaduna state governor, Mallam Nasir El-Rufai to sell the idea to other state governors.
‘’Governor El-Rufai has tested it and it has shown that it can work, it may not have worked 100 per cent but it is desirable”, Akau said.
He commended Pius Anyim, a former senate president  and Ghali Na’abba, former speaker of the House of Representatives for midwifing the NASC.
Akau added that “another very important person who worked both behind the scenes and in front to midwife the Commission, was the late Senator Ibrahim Mantu  who played a very key and critical role.”
He congratulated  the present leadership of the NASC for recognising the need to reposition the National Assembly to achieve greater heights, noting that, “an institution that is 20 years old certainly needs to be re-jigged and this is what you are doing”.
He said working at the NASC is “not easy because you have more than 400 bosses and in the context of the National Assembly, every member of the assembly is your boss and they will wish you to do what they want.’’
He urged the workers to be very careful in the way they  “navigate in the waters of the National Assembly without offending one of those 450 gentlemen.”
Akau also appealed  to the legislature to allow the NASC and the SLSC to do their work as provided by  law.
In his remarks, Nasir El-Rufai governor of Kaduna state said constant attention to public service reform is a non-negotiable requirement for the progress of any country.
He said, “The public service requires investments in the skills, training, work tools and welfare of its personnel, along with careful attention to its size and its efficient adoption of technology.”
According to him, Nigeria does not need an endless profusion of new agencies in the public sector, but a more efficient deployment of what already exists.
He said, “In Kaduna state, we have created new agencies where needed and restructured ministries, departments and agencies.
“We inherited 19 ministries in 2015, and we reduced them to 14”.
He disclosed that the Kaduna State Executive Council had approved three draft bills for transmission to the State House of Assembly to enact laws for the autonomy of the legislature and judiciary.
According to El-Rufai, the draft bills include, “State Account Allocation Committee Law, Funds Management (Judiciary) Law, 2021 and Funds Management (Legislature) Law, 2021”.
The governor said further that “In six years, Kaduna State has attracted over $2.8bn in new business and investment pledges.”