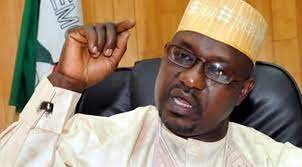 Breaking: A former special adviser to Ex-President Goodluck Jonathan on politics, Alhaji Ahmed Gulak been assassinated by unknown gunmen in Owerri, the Imo state capital. Gulak, a chieftain of the ruling All Progressives Congress (APC), was said to have been shot dead on Sunday by gunmen.
Sources said he was ambushed while on his way to Sam Mbakwe International Cargo airport, Owerri.
His vehicle was said to have been attacked on his way to the Airport.
According to Punch newspaper, the Imo state Commissioner of Police, Mr. Abutu Yaro, confirmed the incident.
“It is true but the details are sketchy”, the newspaper quoted the police commissioner as saying.