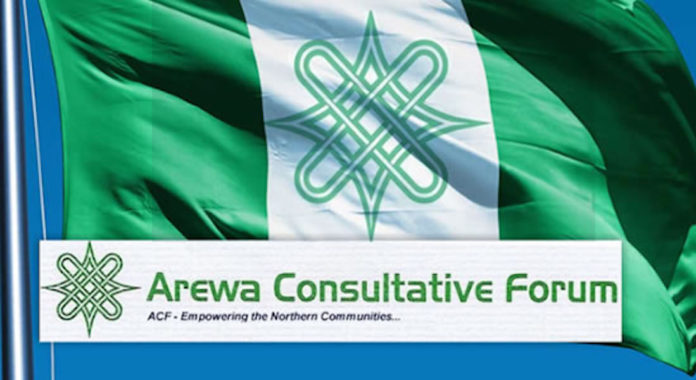 The Arewa Consultative Forum (ACF), has expressed disappointment over the unending insecurity in the country, especially in the north.
In a communique issued on Thursday at the end of its National Executive Council (NEC) meeting in Kaduna, the forum condemned the criminal activities of insurgents, kidnappers and bandits, saying it is a great set back to the north.
The communique signed by the spokesman of the forum, Mr. Emmanuel Yawe, also decried the utterances of some leaders who sought to incite ethnic, religious and ethnic passion.
The communique said the meeting was presided by chairman of the forum and former minister of agriculture, Chief Audu Ogbe.
It said, “On insecurity, the forum expressed displeasure at the state of affairs in the north and in the country in general.
“The forum condemned the activities of insurgents, kidnappers and bandits in the north saying that their activities are killing the peace and progress for which the north was noted for when the the founders of the region were in power.
“The forum decried the utterances of some actors and leaders who have sought to inflame regional, ethnic and religious passions out of the current situation in the country.
“The forum called on Nigerian leaders to exercise restraint in their utterances in the current circumstances.”
The communique said the ACF was also briefed by parents of the kidnapped students of Federal College of Forestry Mechanization, Afaka, Kaduna, who were abducted in the school on March 11, 2021.
“The forum regretted that the kidnapped students had remained in captivity and the Kaduna state government has not done much to get them released.
It said, “the forum agreed to take up their plight with the state government and the federal government too.”
The communique said the forum also received reports on “the unfortunate killings of some northerners in the South East that seemed suspicious” and called on security agencies to investigate the killings and fish out the culprits.
The communique warned the “youths who have suddenly started distributing messages on the social media calling on reprisal attacks on Igbos and their business interests in the north.
“We the Arewa Consultative Forum stand against all lawless acts of self help and call on all northern youths to stop such evil plans. They do not enjoy our support.
“The Arewa Consultative Forum believes in dialogue and consultation as a way of bringing peace and normalcy back to our troubled region and nation”, the forum said.
The forum also condemned the payment of ransom to bandits and called on the hoodlums and insurgents who are holding other citizens as hostages to desist from such ungodly acts.
“No religion that is practiced in Northern Nigeria permits such sinful acts like holding other human beings as hostages for financial reward”, the communique added.
It announced the setting up of an outfit called “ARECON Integrated”, to serve as its business arm and industrial hub since the forum itself cannot engage in business activities.
The communique added that already, contacts have been made with the minister of the FCT and some state governors of the North who have promised land to facilitate the takeoff of company.