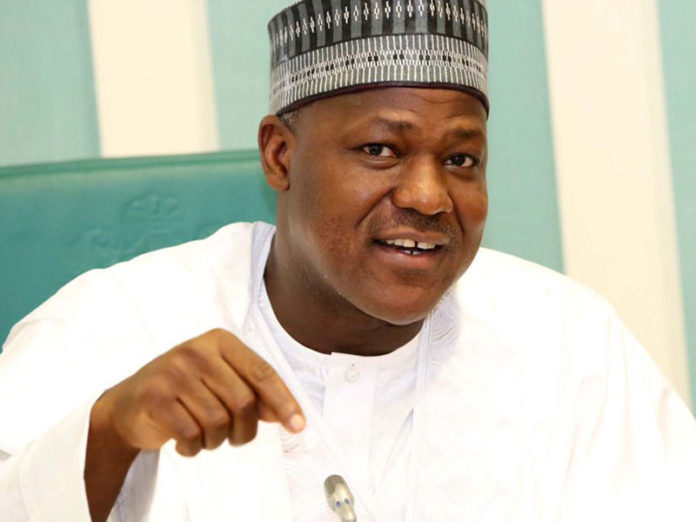 A former speaker of the House of the Representatives, Hon. Yakubu Dogara has said that it will take a visionary leader with the political will to tackle the security challenges facing the country.
Dogara stated this on Saturday at the 10th convocation of Achievers University, Owo, Ondo state.
He said the to the current security challenges facing the country are very complex, stressing that, “it will take visionary leadership with the right political will to win this war” on insurgency, banditry, kidnappings and other forms of criminalities. Dogara said the failure of the security forces to flush out the criminals has led to the proliferation of vigilante and zonal security outfits in the country, noting that such outfits will not address the challenges, as they they will soon degenerate into lucrative criminal cartels themselves.
He said, “The challenge with these outfits is that, historically, they have not worked.
“As it has always been the case in so many communities and nations that promote those outfits, they will soon degenerate into lucrative criminal cartels themselves.”
He said Nigerians, “can no longer play the ostrich or pretend that all is well with us and our country.
“We must say it as it is, Nigeria is at war with itself. It’s like all roads lead to Golgotha. The dam has broken and we have reached an infliction point.
“These are events that must change the way we think and act in order to walk Nigeria back from the precipice.”
Dogara noted further that, experts have linked insecurity in Nigeria to government’s failure or lack of capacity to deliver public services as well as provide for basic needs of the people.
He said, “This lapse creates a pool of frustrated people who are easily ignited by any event to be violent.”
“Also, inequality and unfairness in appointment and distribution of public utilities create a perception of marginalization by a section of the people, especially the youth, who have a sense of disaffection and/or resentment.
“The youth bulge means that our inability to place the youth on sustainable career paths has turned this useful demography from dutiful labourers to disaffected rebels.
“There is no gainsaying the fact that unprofessional media reports also heighten insecurity among various groups and stakeholders”, the former speaker said.
According to him, “other causes of insecurity in the country include but not limited to inadequate equipping and training of security personnel; loss of socio-cultural and communal value system such as collectivism and loyalty to authority; porous borders that enable untracked individuals and groups moving in and out of the country at will; extreme poverty, illiteracy and inveterate corruption.”
He lamented that the
effects of insecurity in the country is being felt by all. “Many of us in this assembly, who ordinarily would have travelled by road, would have chosen a journey by flight out of fear, thereby inevitably affecting our budget.
“The effects of insecurity are multi-dimensional, including loss of investment which in turn discourages potential domestic and international investors; destruction of critical infrastructure; human resource decimation through hostage taking, kidnapping and genocide; disruption of human capital development through kidnaping of students in educational institutions; and disruption of economic activities through theft, armed robbery, assassination, ritual killing, and numerous fraudulent activities, amongst others”, Dogara said