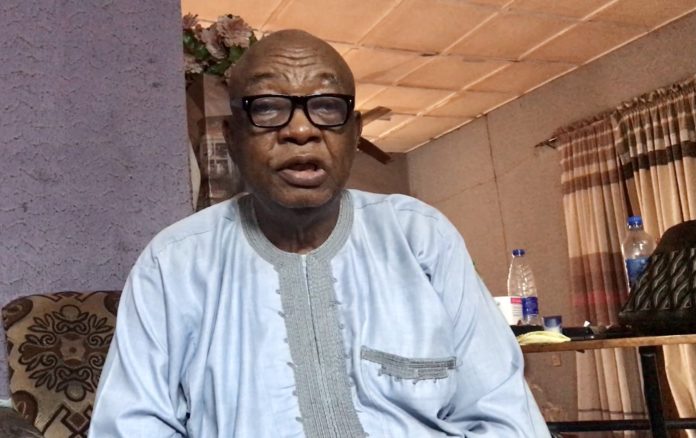 A former chairman of the Northern States Christian Elders Forum (NOSCEF) and member of the National Christian Elders Forum (NCEF), Evangelist Matthew Owojaiye, has said that the Presidential candidate of the All Progressives Congress (APC), Ahmed Bola Tinubu, risks loosing Christian votes if he settles for a Muslim-Muslim ticket for the 2023 elections.
Speaking in an interview with THISDAY in Kaduna, Owojaiye urged Tinubu to respect Nigeria’s diversity by picking a Christian running mate from the north-east.
He said President Muhamadu Buhari, a Muslim from the North- West, would be completing his eight years as president in 2023, noting that it will only be fair to have a northern Christian from the north-east as his running mate.
According to him, Nigeria is sharply divided along ethnic and religious lines, pointing out that a Muslim- Muslim ticket or Christian-Christian ticket by any politician will further undermine the unity of the country.
“If Tinubu does not nominate a Christian as his running mate, he will loose over 50 million Christian votes. We are not threatening him, but we are ready to do that”, Owojaiye said.
He maintained that, Tinubu will make a better president because “he is not a religious bigot and has done well by building people across the country.”
“Tinubu will make a better President because of his spread. You see, what Tinubu has done is that all over Nigeria he has build up people,” he said.
Owojaiye said, “With all the diversity in our country and the ethnic and religious tension, it will be most unfair for Tinubu to pick a Muslim as his running mate”.
The Christian leader also lamented the security situation in the country saying the government is not doing enough to address it.
“Everything seem like there is no government to take charge of security. People are being killed or abducted almost on a daily basis and there seemed to be little or no effort to protect Nigerians from killers.
“Boko Haram can go to Kuje prison and set people free. These things are creating panic.
“We know that government can do something, they only pretend not to be able to do something. This is not a good sign.
“When we got independence we wanted a nation where no man is oppressed. Even though tribe and tongue differ, we stand in brotherhood.
“The nation is bleeding, the economy is going down.
People are at each other’s throats and the criminals know that they can do anything and get away with it.
“This is not a good sign for a better Nigeria and politicians should not add fuel to the problems facing us by being sectional and behaving as if some Nigerians are more important than others.