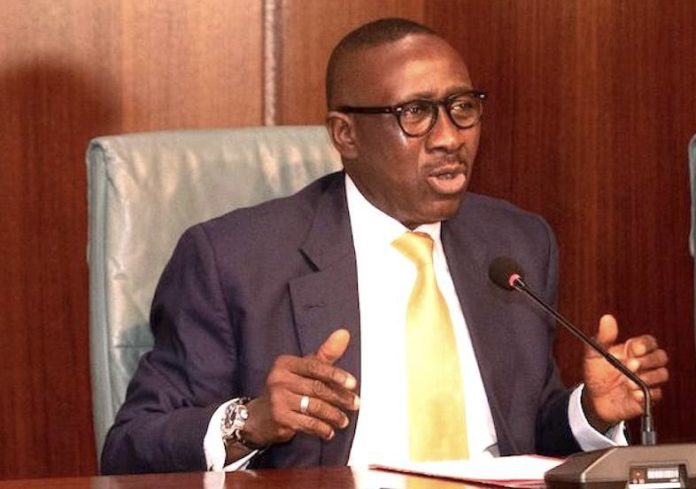 The National Security Adviser (NSA), Babagana Monguno, has said that intelligence operations of security agencies against bandits are not for public consumption.
Monguno stated this on Thursday while addressing journalists after a meeting with President Muhammadu Buhari and Service Chiefs at the Presidential villa, Abuja.
Responding to recent comments by Governor Nasir El-Rufai of Kaduna.
El-Rufai, had, following the Abuja – Kaduna train attack on March 26, asked the military to bomb bandits’ hideouts, instead of waiting for them to attack.
The governor had said further that the camps and phone numbers of the bandits were v known by the security agencies.
“We know where their camps are. We know where they are. The SSS have their phone numbers. They listen to them, and they give me the report. We know what they are planning. We shouldn’t be waiting for them to attack. Why can’t we go after them?
“We are in a state of war. This place should be declared a war zone.
“The army, air force, and the police should go in there and kill them. Will there be innocent casualties? Yes! In every war situation, there are casualties”, governor had said.
However, addressing journalists on Thursday, Monguno said the El-Rufai’s disclosure on the activities of security operatives is also dangerous for kidnap victims.
“Governor Nasir El-Rufai spoke about the security agencies, saying we know who they are, where they are. Again, that is the danger. When you start talking too much, you give away a lot.
“Now, even if they say we know where they are, that in itself is already a problem. Because once you say it, whether it is true or false, the person who has your people in captivity will move to another location. It’s just as simple as that.
“So, sometimes, it is best to just keep silent; mum is the word.”