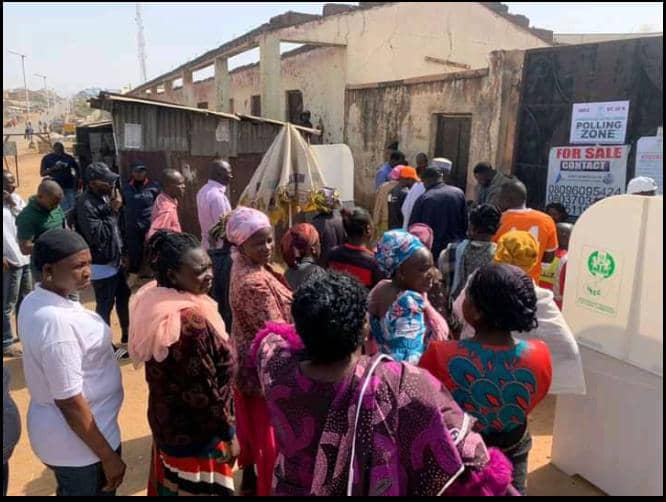 There was massive voter turnout for the Jos North/Bassa Federal Constituency by-election in Plateau state.
AmazingTimes Correspondent who visited some polling units in Kabong- Gada Biu, in Jos North Local Government Area, reports that a large number of people came out to vote.
Accreditation and voting were conducted simultaneously, a development which made the exercise hitch free.
Commenting on the exercise after casting his vote, a resident of Kabong , Joel Lamwang, commended the Independent National Electoral Commission (INEC), for ensuring a smooth electoral process.
He added the reports received from neighbouring polling units and communities, indicated that the exercise was going on smoothly as voting materials were distributed in good time.
Also commenting, Alhaji Murtala Lawan from Bassa Local Government Area applauded the security arrangements put in place, noting that, with the tight security, there was no room for any breach of peace.
“You can see how people are calm and behaving themselves orderly”, he said.
The Jos North/Bassa Federal Constituency was declared vacant on November 10, 2021, following the death on April 3, 2021, of Hon. Haruna Maitala who hitherto represented the area.