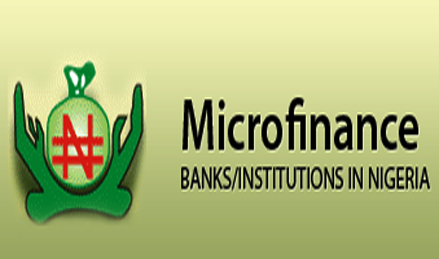 BusinessDay newspaper has reported that about 612 may licensed Microfinance Banks (MFBs) in Nigeria may close shop if they fail to meet the recapitalisation deadline the first threshold of which is due by the end of April, although the final deadline will be in 2022.
The banks were established to meet the financial needs of low-income earners in Nigeria.
According to the newspaper, the Central Bank of Nigeria (CBN), had in 2020 revised the deadline for compliance with the minimum capital requirement for microfinance banks by one year.
The report said outcomes of an internal survey conducted by the National Association of Microfinance Banks (NAMB) show that 30 percent of MFBs will be able to meet the deadline, meaning that 70 percent of the banks will go out of business with severe consequences for the financial services industry.
The newspaper qouted  Yusuf Gyallesu, National Association of Microfinance Banks (NAMB) as saying that the banks were “advocating through different sources to see how the CBN can shift ground by reducing the capital requirement amount or extending the tenure of the deadline.”
Gyelesu said one of the NAMB’s lobby objective is a request that the CBN should extend this deadline to at least 2025, because the economy is in bad shape.
An argument the association has presented in support of this extension of the deadline is that Nigeria is just coming out of a depression and there is no money to inject into the banks.
This was worsened by the COVID-19 pandemic as the whole of last year there was limited economic transaction.
“So within this COVID-19 period, where can one go to raise 1, 000 percent of the reviewed capital,” Gyallesu said.
Consequently, MFBs operating in rural unbanked and underbanked areas (Tier 2) are expected to meet the N35 million capital threshold by April 2021 and N50 million by April 2022.
MFBs operating in urban and high-density banked areas (Tier 1) are expected to meet the N100 million capital threshold by April 2021 and N200 million by April 2022;
State licenced MFBs are to increase their capital to N500 million by April 2021 and N1 billion by April 2022.
National MFBs are expected to meet minimum capital of N3.5 billion capital by April 2021 and N65 billion by April 2022.
If a microfinance bank collapses as a result of illiquidity it would rub off on the corresponding bank (commercial banks) and impact on customer deposits.
“This issue should not be seen as specific to microfinance banks, it would distort the whole financial system and by extension Nigeria as a nation will be affected by that problem,” Gyallesu said.
The newspaper said at the time of its report, there were no data to ascertain the number of those MFBs that have met the first threshold of recapitalisation.
The report added that this may not be known until the expiration of the deadline.
The report said some of the banks are still struggling to meet up and some may inject funds before the deadline.
The CBN had in October 2018, reviewed upward the minimum capital requirement of the three categories of MFBs as follows – Unit microfinance banks from N20 million to N200 million, State MFBs from N100 million to N1 billion, and the National MFB from N2 billion to N5 billion.
On March 18, 2019, the CBN reviewed the minimum capital requirements for microfinance banks, allowing for instalment payment and categorisation of Unit Microfinance into two of Tier 1 and Tier 2.
In the new capital requirement guideline, tier 1 MFBs (urban) are to pay N200 million as minimum capital requirement, while tier 2 (rural) are expected to pay N50 million.
As part of efforts to meet up with the capital requirement, many of the operators are considering mergers and acquisition, downsizing, or going to the Stock Exchange to raise funds.
For instance, Baobab Microfinance Bank Nigeria, currently has about N4.6 billion capital and would need additional N400 million to fully recapitalise to N5 billion for national licence and the bank plans to achieve that before September 2021.