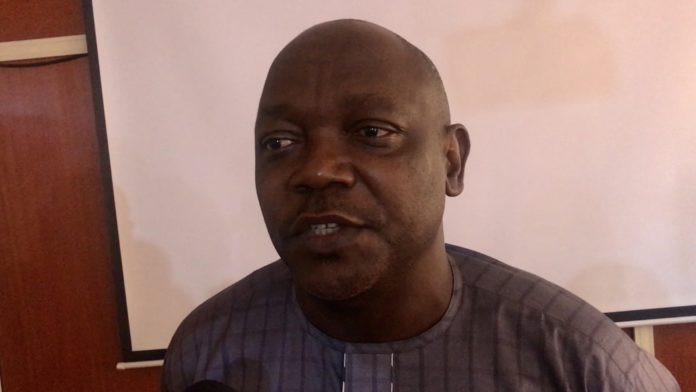 The Railway Property Management Company Limited (RPMC) is to partner with private developers for the construction of markets and hotels on its vast lands across the country.
The Managing Director of the company, Mr. Timothy Zelanga disclosed this in an interview with journalists during a two day training workshop for top management of the company in Kaduna.
Zelanga said the company is opening new frontiers and new policy strategy direction to turn its fortunes around for the better.
He said the RPMC, as a government owned company, was being repositioned to think outside the box in carrying out its mandate.
He said as part of the new strategies, the company recently commissioned its hotel in Lagos, adding that plans are on to build a modern market and a hotel in Kaduna as well as a shopping mall in Portharcourt.
“The company is opening new frontiers and new policy strategy direction that we want to follow to turn around its fortunes”, Zelanga said.
He noted that the construction of markets are highly intensive capital projects, stressing that the company is trying to be innovative by partnering private developers.
“We are trying to approach it through partnership, we may not neccessary use our money. We will actually use people’smoney to make money.
“These are innovative ways. We have the land which is of high value. We can bring developers to put in their money then we can negotiate on how we can benefit from that.
“We don’t want to pretend that we have the money to embark on these kind of projects, but several people are showing interest and we feel that is the way government can approach other people to make money”, he said.
He added that as a government owned business company, “we have to think outside the box to finance these projects. We are not taking any loan as well”.
He said the workshop was aimed at building the capacity of staff to be able to face the emerging challenges.
Speaking further, Zalanga said, “We are hoping that this training will give them the right background to be able to turn this company around.
“This something we have been working on for the past two years to be able to come up with strategic direction. “Now that we have a direction we feel it is neccessary to build human capacity”.
Zelanga said over the years, the company had been focusing on leasing of lands and the land is getting exhausted, hence the need to do something different.
“We felt it is necessary that we do something different and expect different results. We are now opening new frontiers to develop business ventures.
“We have opened a hotel in Lagos, we are planning to come up with a modern market in Kaduna. We are also planning to build a hotel in Kaduna, we are trying to open a shopping mall in Portharcourt, we are trying to come with other innovations in Jos and other places where we still have lands remaining”, he said.
Zelanga said 38 top management staff of the company were trained on the management of the railway lands, how it was acquired and “the legal backing that give us the right to do what we are doing.”
“We felt this training is necessary because we have been confronting with a number of challenges with the state government and federal government agencies because our staff are not fully equipped legally to understand what gives them the legal backing
“We want to make this company to set its agenda to live as an example of a company that can do something differently inspite of the ethical issues that we see as a country…
“We know that there are enormous challenges, particularly ethical issues, but we believe that going forward we will begin to see changes.
“We have taken time to define new standards and procedures which we are unveiling at the end of the training and we expect that every staff from myself down to the lowest staff, will be guided by this new ethical standards”, he said.