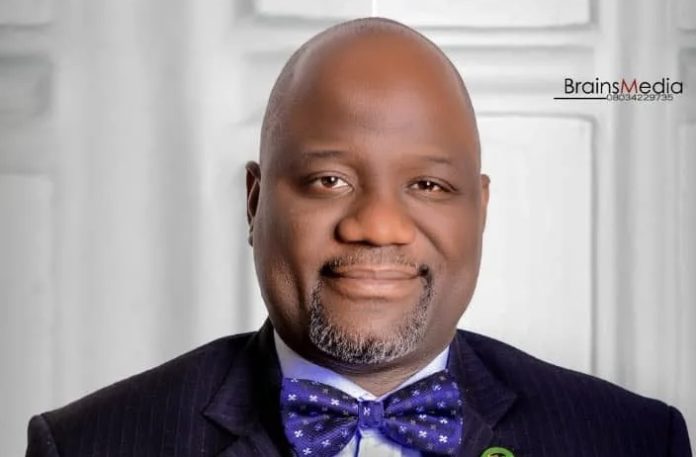 The Jos branch of the Nigerian Bar Association (NBA), has cautioned the Plateau state governor over his recent statement ordering the arrest of those who “rush to bail” suspects arrested in connection with the recent killing of over 20 commuters in the state capital.
In a statement on Saturday in Jos, Chairman  of the NBA, Mr. Yakubu Bawa, said Lalong’s approach is “unconstitutional and condemnable in any decent society” as it is a violation of human rights.
Lalong had in a statement following the arrest of some suspects in connection with the killings, ordered that, “Henceforth, people rushing to bail suspects will also be arrested. If you find them, please arrest them. If people rush to bail them, arrest them”.
The NBA said it was shocked that the governor who is a lawyer and former lawmaker could make such statements
which contravenes the principles and tenets of the rule of law and the Nigerian Constitution.
The statement said, “The Jos Bar believes that His Excellency, particularly as a lawyer and an ex-parliamentarian, could not have issued such an instruction which undermines and encourages the contravention of the principles and tenets of the rule of law and the Nigerian Constitution.
“The Bar is consequently constrained as vanguard and advocate for enthronement of rule of law, social justice and human rights, to strictly set straight the position of the law on the nuances regarding granting of bail to suspects”.
According to Bawa, “Bail is a Constitutional matter, which must be strictly adhered to at any giving time”, stressing that, a suspect is generally presumed innocent till he is proved guilty.
Quoting Section 36 (5) of the 1999 Constitution (as amended), Bawa said, “No one shall be treated as guilty of the offence alleged at any time before conviction.”
He added that, the right to personal liberty of suspects under the Constitution stipulates that such a suspect “shall be brought before a Court of law within a reasonable time”.
The statement urged security operatives to carry out their investigation with dispatch and within a reasonable time, stressing that where there is ground, “the suspect should be arraigned before the Court of law which shall exercise its discretion judiciously and judicially in consideration of the accused person’s bail application”.
The statement said further that investigating authorities having custody of suspects must not take pleasure in breaching their fundamental rights by prolonged detention.
“Such suspects must be arraigned in court within a reasonable time to forestall breach of their fundamental right to personal liberty.”
The statement maintained that, “In the light of the above, we wish to state that nobody, particularly suspects’ relatives, can be rightly arrested or threatened with an arrest simply for seeking a suspect’s release on bail; particularly in the guise of suspicion that they are sponsors of the offences alleged”.
The association called on members of the public “never to be intimidated or harassed by the governor’s statement, “as such approach will be wrongful, illegal, unconstitutional and condemnable in any decent society.”
Bawa said Lalong’s utterances was inimical and a direct affront to the freedom of practice of members of the legal profession.
“The Bar should not be misunderstood to be aversed to punishing offenders in deserving cases.
“Rather, as cautioned in the Bar’s earlier Press Release to the effect that the arrest, investigation and prosecution of suspects should be done with strict regards to citizens’
“Fundamental rights; we emphatically call on the attention of the various security operatives, especially the Nigerian Police to ensure they abide by the relevant provisions of the Constitution, conventions, treatise, other relevant laws, and best practices that uphold and safeguard the dignity of human persons and citizens’ right to personal liberty.
“Anything short of that is not likely to be tolerated by the legal community in Plateau and anywhere in Nigeria.
“We call on all concerned to be guided accordingly, please.
“We continue to pray for the peace of our dear Plateau State and Nigeria at large”, the NBA said.