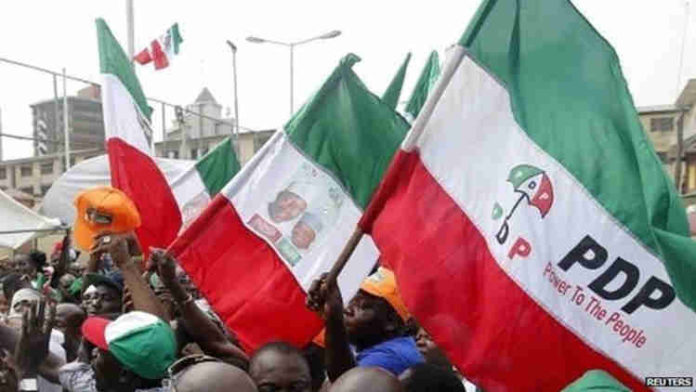 The 2023 general election is fast approaching and political activities have picked up in top gear across the country. Politicians wishing to contest for various elective positions are making frantic efforts at winning their party nominations, the first step to contesting the elections.
In Plateau state, both  the PDP and the ruling All Progressives Congress (APC), have zone the  governorship position to  Plateau Central Senatorial Zone, comprising of Bokkos, Mangu, Pankshin, Kanke and Kanam Local Government Areas of the state.
The current governor, Simon Lalong, is from the Southern Senatorial Zone and would be completing the Zone’s two terms of office by 2023.
Plateau North senatorial zone took their turn when Mr. Jonah Jang, governed the state between 2007 to 2015.
The Central Senatorial zone took its first turn between 1999 to 2007, when Joshua Dariye, from Bokkos LGA govern the state.
Dariye was also elected senator representing the zone after serving as governor.
Observers said it will be difficult for Bokkos LGA to pick the governorship ticket considering the fact that Dariye is from the area.
So far 19 chieftains of the PDP in the Central Zone, are jostling for the governorship ticket, according to the state chairman of the party, Mr. Chris Hassan.
Hassan added that the governorship ticket is zoned to Plateau central.
It was gathered that some of those interested in the governor  ticket, include Alfred Dapal, Timothy Golu, Amb. Bagudu Hirse, Brig. General John Sura (rtd), Chief Jonathan Akuns, Mr. Dauda Gotring, Chief Jerry Gushop and Mr. David Paradang, among several others.

Alfred Dapal, an Oil and Gas expert from Mangu LGA.

Hon. Timothy Golu, from Kanke LGA.
Golu is a journalist and former member of the House of Representatives for Kanke, Kanam and Pankshin federal constituency.

John Sura, retired Brigadier General of the Nigerian Army and a security expert, from Mangu LGA.

Chief Jonathan Akuns, an economist and a retired staff of the Central Bank of Nigeria (CBN), from Bokkos LGA.

Amb. Badugu Hirse, former ambassador to the Republic of Namibia. He also served as  minister of state for foreign affairs, during the Yar’adua administration. He is from Mangu LGA.

Mr. Dauda Gotring, an economist, former staff of the CBN and a philanthropist, from Kanke LGA.

Chief Jerry Gushop, is an economist, worked at Stanbic IBTC bank. He is from Mangu LGA.