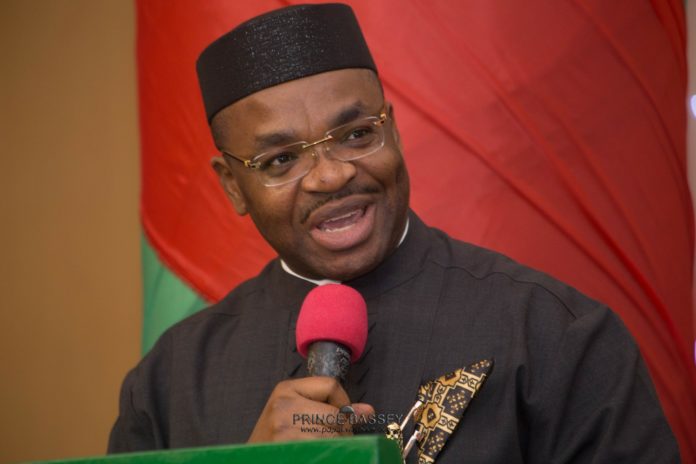 A group under the umbrella of Northern Patriots United (NPU) has endorsed the Presidential aspiration of the Akwa Ibom state governor, Dr. Emmanuel Udom. Addressing a press conference on Thursday in Kaduna, National Coordinator of the group, Hon. Jacob Kaduma, said the performance of Udom as governor of Akwa Ibom state, clearly stand him out as one who epitomises the qualities of the next president Nigeria needs.
Kaduma said, since Udom became governor of Akwa Ibom about seven years ago, he has not only managed the diversity of the state but has become the arrowhead of infrastructural development and recorded giant strides in various sectors of industrialisation, health, construction, security and development, among others. The group maintained that considering the present precarious state of the nation that is almost sliding to anarchy, the next President of Nigeria should be one that is a visionary leader who will restore hope and confidence.
The NPU said Nigeria needs as its President, “a bridge builder who appreciates diversity; one that places high premium on human lives, development, a courageous leader that is not afraid of bringing transformation, a patriot that will foster national unity and integration and one who believes in the Nigerian project”.
Kaduma said in view of the fact that power is expected to shift to the South, “we have done a checklist of those who have shown interest in running for the Presidency in the Southern part, particularly in the South-east and South-South Zone.”He said among the aspirants, “Udom seems to capture our attention due to his sterling qualities of leadership and track record of integrity, statesmanship, development strides and commitment to national unity.”
According to him, Udom is a great achiever who has continued to demonstrate
quality and visionary leadership.
The group maintained that “Nigeria of the 21st Century needs such a dynamic transformational leader who will reconnect the country to the comity of progressive and industrialised nations.
“We are calling on all Nigerians to join hands and support the aspiration of Dr. Emmanuel Udom as President of Nigeria come 2023.”