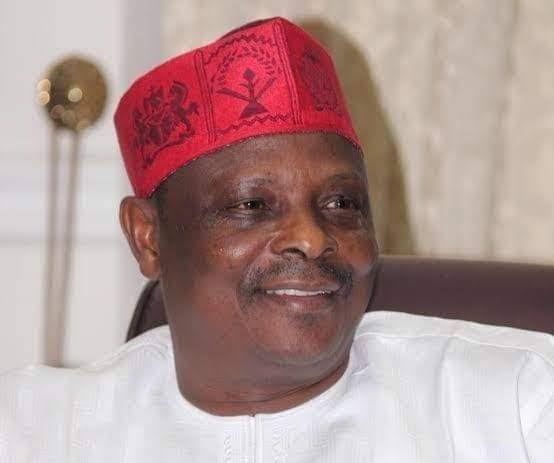 Former governor of Kano State, Rabiu Kwankwaso has announced the formation of a political platform known as The National Movement (TNM).
Kwankwaso announced the formation of the party at a meeting of the promoters of its on Tuesday in Abuja.
Some members of the new political platform are Senator Suleiman Hunkuyi, from Kaduna State; former Minister of Youths and Sports Development, Solomon Dalung, from Plateau state, Alhaji Buba Galadima; and other prominent Nigerians.
According to them, the Third Force would take over power from the All Progressives Congress (APC) in 2023.
While promising to save democracy and rescue the nation, the TNM said it was set to battle for the soul of Nigeria from the hands of APC and the Peoples Democratic Party (PDP).
Speaking at the event which held at the International Conference Centre, Abuja, Kwankwaso who is Convener said it was a collective desire to rescue the country.
“We all left our comfort zones to grace the occasion. It is a special day in the life of our nation, a special day to redeem the nation.
“For too long, Nigerians have been waiting for this day. For too long friends of Nigerians abroad have been waiting for this day and the time is today and now.
“Today, all Nigerians cut across all social, religious and regions have gathered. It is our collective resolve to rescue our nation from this difficult situation”, Kwankwaso said.
He said further that during the Covid-19 lockdown he met with his friends and resolved that a step must be taken to rescue Nigeria.
“We resolved that there must be a Nigeria first before politics. While some of us will want to contest, we must work together to rescue the country.
“The National Movement has members in every local government area and outside the country,” he said.
Some prominent Nigerians at the International Conference Centre, venue of the event were former Kogi state governor, Capt. Idris Wada, Air Vice Marshall Ifeanaju, Falasade Aliyu, Abdulrahman Abubakar, Alhaji Tanko Yakasai; Solomon Edoda; Nweze Onu; Rufai Alkali; Grace Ben; Umale Shittu; Ibrahim Ringim; Ali Gwaska; Paul Okala; Rufai Hanga and, among several others.