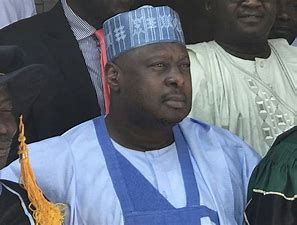 The governorship candidate of the Peoples Democratic Party (PDP) in Kaduna State in 2019, Hon. Isa Ashiru, said he will con intention to contest for the position again in 2023.
Speaking in an interview with journalists in Kaduna, he maintained that he won the 2019 governorship election, but was rigged out.
He said his journey into politics is to serve humanity and provide the dividends of democracy to the people .
Ashiru who served for two terms at the Kaduna State House of Assembly and another two terms at the House of Representatives, said he “intends to pursue his ambition until success is achieved”.
In 2015, he dumped the PDP for the All Progressives Congress (APC) and contested for the
party’s ticket, but lost to Governor Nasir El-Rufai.
He later returned to the PDP and was the party’s flag bearer in the 2019 general elections, however, he lost the election to El-Rufai.
Ashiru said, “In politics when you lose the first time, it is not a loss. This game is not about me but about my people. I have a vision which I believe, if given the opportunity, I will transform the lives of my people for the better.
“So, I am not in politics to serve myself but to serve my people. Things have changed. I feel I have something better to offer to improve the economic and social condition of our people that is why I am going to run again”.
Speaking further, he said, “my desire is to ensure that all parts of the state feel the impact of governance and to provide the needed security in the state and run an all- inclusive government with the fear of God”.