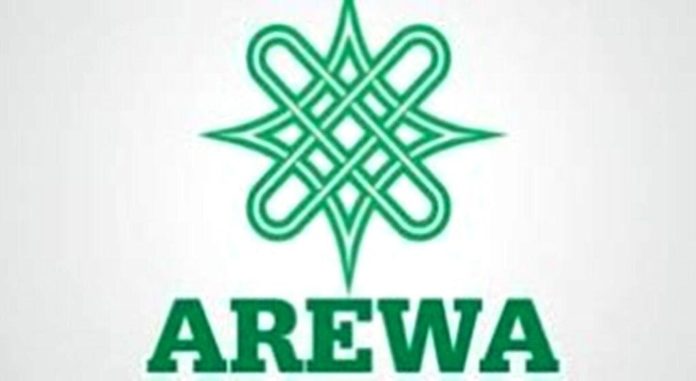 The Northern Democratic Defense League (NDDL) has commended the pruning of the presidential aspirants of the Peoples Democratic Party (PDP) from the region, describing the process as judicious and the outcome as fair and credible.
The group, in a statement by its coordinator, Auwal Darazo said reports that Sokoto State governor, Aminu Tambuwal had denied the concensus reached is unfortunate.
According to the group, Tambuwal had two days before the outcome of the process, expressed that the consensus process that as healthy for the PDP and that it would favour him.
The statement said Tambuwal’s action does not portray him as a statesman.
The group maintained that the Sokoto governor was quoted by some national dailies few hours before the outcome of consensus, saying it as a good thing and it is healthy for the party.
“I am thinking, that the consensus will favour me”, the group quoted Tambuwal to have said.
It noted that when the process did not favour the governor, he denied it totally “confirming his level of intolerance, poor statesmanship and patriotism that are latent signs of a weak mind that is ill-equipped to lead except for his quest for personal power ascendancy”.
The statement said  the group of eminent elders and leaders of the region deserves respect particularly from Tambuwal, who according to the group was the sole initiator of the concensus process.
The group commended other aspirants for their courage for standing firm for justice, fairness and inclusiveness.
The group said it takes genuine statesmanship for the eminent elders to have resolved that the North East and North Central should be given the chance this time around because the North West has been having it since the inception of the current  democracy.
“The simple fact that the elders have so patriotically submitted that other zones of the Zone which have not had the opportunity should be considered this time around, speaks volumes for their integrity, selflessness, patriotic love for the North and for country.
“It is therefore contradictory that Tambuwal who claims the ability to unite the whole country should also be the one fuming over an exercise in inclusivity that tilts towards zones that have previously been deprived of such opportunities, ” the statement said.
The statement commended other co-aspirants who patriotically submitted to the process and kept to their gentleman pledge to abide by its outcome and to work for the general victory of the party and promotion of democratic ideals in the country.
The group congratulated the Governor Mohammad from the North East and former Senate President Abubakar Bukola Saraki from the North Central for the emerging as the consensus aspirants and urge them to bridge any rift that could derail the process.
It was gathered that over the past months, four presidential hopefuls — Saraki, Mohammed, Tambuwal and Mohammed Hayatu-Deen, a former managing director of the now-defunct FSB International Bank – held consultations across the country on consensus candidacy.
According to a report signed by Ango Abdullahi, an elder statesman and Chairman of the Northern Elders Forum (NEF), the four aspirants visited Ibrahim Babangida, former military ruler, and “gave him the mandate to lead the process for a consensus, and agreed to abide by the outcome of the decision”.
Abdullahi added that after several consultations with northern stakeholders, a three-phase approach was taken.
According to reports, in the
the first phase, the opinions of six distinguished persons each from the three geopolitical zones were sought with regards to each of the four aspirants.
Each of the zonal delegates were said to have allocated two votes to choose the first and second choice making a total of 36 votes overall.
The outcome of that consultation was as follows: Aminu Waziri got 7 votes, Bala Mohammed, 10, Bukola Saraki, 10 votes and Mohammed Hayatu-deen, 5 votes
Abdullahi said the second phase of the exercise involved zonal assessment “based on regions which was concluded as follows: a. North Central – (Eight); b. North East- (Seven); c. North West – (Two); One is still under consultation”.
However, Tambuwal has reportedly rejected the outcome of the exercise, saying that was not the agreement reached at a previous meeting involving the four aspirants.