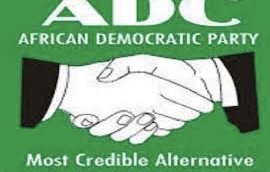 The African Democratic Congress (ADC) has decried the increasing wave of insecurity across the country.
The party also lamented the religious and ethnic divide among Nigerians, saying it is retrogressive.
Director-General, ADC Global Campaign Council, Abdul-Azeez Sulieman said this at the launch of the North-West chapter of the party’s ‘Unity, Peace and Development Lecture Series’ held on Wednesday in Kaduna.
He said if the ADC is voted into power in the 2023 elections, the security challenges bedeviling the country would be addressed.
He said the party would bring unite Nigerians regardless of their ethnic or religious differences if given the mandate to lead the country in 2023.
According to him, the country can only develop if there is adequate security where foreign investors will come in and invest.
Sulieman urged party faithfuls from the North-west region to mobilize support and ensure victory for the party so that Nigeria would be on the path of peace and development.
He said: “We are set to achieve national unity, integration, peace and security among Nigerians if elected in 2023.
“Unlike other political parties who are fighting for their parochial interest, ADC is fighting to address the challenges of ethnoreligious division that has brought up ‘multiple Nigerians’ where everyone is only concerned about himself and his tribe or religion, to the detriment of others, to ensure that everyone sees himself as a Nigerian in Nigeria”.
According to him, “ADC preaches unity, the promotion of co-operation and opens opportunities through which different parts will come together to function as a whole.”
Suleiman said, “The symbolic handshake on the logo of the ADC suggests national integration to promote peace and harmony in society and reduce areas of conflict among different groups.
“ADC stands for national unity and integration ensuring the security of lives and properties of citizens from internal and external attacks. If there is national unity and integration, the resources in different ethnic groups could be jointly exploited and enjoyed.”
According to him, “The country can only witness development if there is adequate security. Foreign investors will establish industries when they are convinced that properties will not be destroyed either because of political, religious or ethnic crises.”
He said, “One of Nigeria’s biggest problems today is that politicians don’t play politics in the interest of the nation, instead they play it to achieve their personal interest to the detriment of the people.
“ADC offers practical options by which Nigerians can live and work together in any part of the country and to promote a sense of brotherhood and love among different cultures.
“Safety and security lie at the heart of the prosperity of any nation. Citizens want to feel safe and secure. But today security is challenged in all aspects of our daily lives and trust in the institutions that should keep us safe is low.”