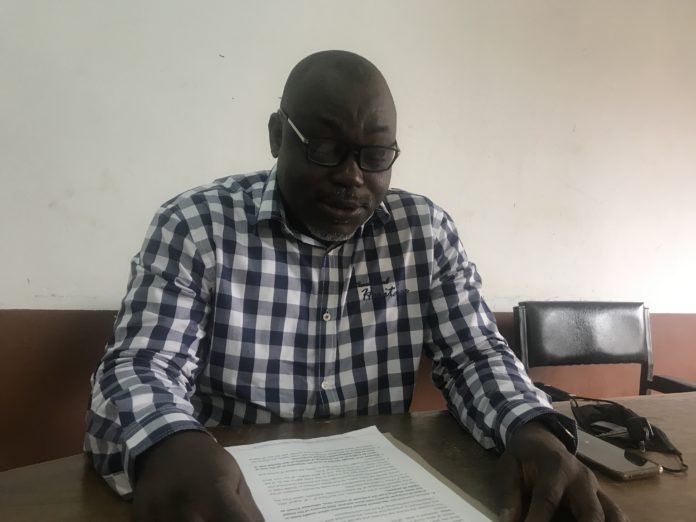 The Chairman of council, All Nations Christian Assembly (ANCA) has said that Nigeria has never been as divided as it is under the current administration of President Muhammadu Buhari.
Addressing a press conference on Friday at the end of its annual conference in Kaduna, Oibe, called on the President to do everything within his power to unite Nigeria. He also lamented the increasing level of hunger and poverty in the country which, according to him has worsen as a result of insecurity, occasioned by killings and kidnapping for ransom.
“We urged President Mohammed Buhari to do everything within his power to unite Nigeria irrespective of tribe, religion and political lineage.
“The level of disunity as being witnessed in the Nigeria of today is frightening”, Oibe said.
He said, “Our diversity should be for the advantage and growth of this nation rather than the unfortunate acrimony being witnessed by different sections of the country”.
According to him, the activities of criminal elements, especially the Boko Haram insurgents, bandits and kidnappers have destroyed socio economic activities as many people cannot go to farm or travel for business.
He said, “There is serious hunger and poverty in the country and government need to take urgent steps to avert a looming food crisis in the coming year.”
Oibe said some members of the church who have farms around Kaduna, had since abandoned the farms because of fear of kidnappers.
“Eight members of our church were kidnapped in Kajuru, so how do you encourage anybody to go to farm in situations like this!
“We are begging the government to end insecurity because average Nigerians are farmers”, he said.
He further lamented the skyrocketing prices of food and growing youth unemployment, warning that hunger, poverty and joblessness may lead to anarchy in Nigeria if government does not act fast.
He said the future of the Nigerian state “looks very bleak”, as children, especially, in the north, can no longer access schools for fear of being kidnapped.
“We urged President Buhari to declare state of emergency in the security sector by seeking help and collaborating with external bodies to tame the menace of Boko Haram, criminal herdsmen and kidnappers that are terrorising Nigerians”, Oibe said.
He called on Nigerians to stand firm against the enemies of the nation and cautioned the youths against being used as agent of destabilising the country.
He said ANCA, which was formally known and called “Kaduna Christian Assembly, was founded 70 year ago, adding that since its
existence, it has been focusing on preaching the Gospel of Jesus Christ for the salvation of sinners.
Oibe said the annual convention which usually hold in August did not hold in 2020 because of the COVID-19 pandemic.
He said several teachings and presentations were made during the three day event to strengthen members of the church to “stand firm in the Lord despite the daunting challenges they are facing”.
He added that during the year under review, the church established a Multipurpose Cooperative Society with the aim of helping members to access soft loans for small businesses.
Oibe said the church also established “Widows and Widowers Association” to enable them cope with the emotional and psychological trauma as well as provide support to them.
He added that church have a “Deaf Ministry”, which helped the deafs to be productive both spiritually and materially as opposed to the culture of begging.